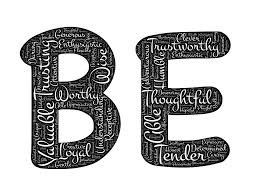 Being signifies existence. The literal meaning of Being is ‘to be’ or ‘to exist’. What is this existence for? Why DO WE EXIST? To clear this concept in a better way, it is very important to define the nature of being or its concerning reality.

There are so many questions arising on the nature of being or reality which many ancient philosophers have tried to answer from time to time. The basic questions are- ‘what is being?’ ‘What we should consider being or reality as?’ ‘What if reality doesn’t persist?’ ‘How can we define reality as?’ ‘What is the complete nature of reality?’ ‘What is considered as permanent and temporary?’ ‘How the concept of ‘being’ makes relevance in our life?’

The philosophers of the ancient period have tried to find out the answers to the above-mentioned questions using various ways. The deep intellectual thoughts and the reference to related texts may help to identify the real nature of beings. The sources vary from scripture knowledge to intuition. The natural things around us are the primary sources which anyone would believe in. This is because we always believe what we perceive. Right!

The philosophers of the early period found that complete existence is not dependent on the natural elements like air, water, fire, earth and ether. They felt that the elements can be considered as the cause of each other and other natural things found in this Earth. But the cause of ‘being’ cannot be related to the elements or atoms for sure. The cause of being or consciousness or existence could only be itself. This is the ontological view “on being” held by various philosophers.

We see philosophers comparing their lives from what they see around. The leaf appears fresh when anew but dries when it falls from the tree. The same is life -we die when our body weakens and is not able to support life. Some philosophers would take this theory to a great height. After understanding that death is real and nothing could stop it from happening, they would find out the possibilities after death? Do we die completely or still there is something left after death? These types of questions make philosophers query into the theory of reality. They say that something which has ended, is temporary or which undergoes complete extinction; cannot be said to be real. ‘When we are born, we would die’; ‘whatever is created has its expiration period’; and conclusively ‘the things which could be destructed is unreal or temporary’.This is a common saying by philosophers.

Now again to the same question ‘what is real then?’ Because thing we see around us changes or destroys with time, so they could not be considered as real.

Ancient Greek Philosophers and ‘the concept of being’

Many natural philosophers of ancient Greece have tried to define the first principle or the ultimate reality or the ultimate cause of this universe. They tried to find out the essence of this objective world. Firstly, they tried to understand the objectivity of the world, then they moved to subjectivism. The interest was shifted from external nature to the internal nature of logic, ethics, psychology, politics, arts, ethics and conducts.

The first great problem of external nature was studied in the pre-sophistic period. The philosophers of naturalistic period tried to find out the nature of the substance from which this world is made. It was like ‘What is the basic substance responsible for the origin of ‘being’?’ The second was the problem of change: ‘How could change be defined?’

Pythagoreans see the ultimate reality in numbers. Numbers are the basic things because everything around us could be explained in terms of numbers. They fix their attention not so much upon a concrete, sense-perceived substance, but on the relation existing between two things, the order, uniformity, or harmony in the world. For more information on Pythagorean Theory of being, you could refer here.

The problem concerning the nature of substances or being (reality) was given some sort of definitions, the next problem was the theory of change.

The problem of change emerges in a radical form in Heraclitus and in the Eleatic school, of which Parmenides is the chief exponent. The question for them is not so much how the change takes place but whether there is any change at all. For Heraclitus, change is ultimate and permanence a mere sensory appearance. For Parmenides, the permanent is fundamental and change a mere appearance.

Later, Empedocles and Anaxagoras gave attention to both the problem of substance or reality as well as change. Empedocles and Anaxagoras agree with the Eleatics that absolute change is impossible, that nothing can become anything else, in the literal sense of the term. ‘Nothing can come from nothing; nothing can go into nothing, and nothing can change into anything absolutely different.’ Nevertheless- and in this way, they agree with the Heraclitus – things do change. The change, however, is only relative and not absolute.

Heraclitus nature of Being

The fundamental thought in the teaching of Heraclitus is that the universe is in a state of ceaseless change.

“Everything is in a state of flux”

‘One cannot step into the same river twice’.

For Heraclitus, the universal fire is the first principle, the most mobile substance he knows, something that never seems to come to rest, the ever-living fire- sometimes called by him vapour or breath – which is regarded by him as the vital principle in the organisms and the essence of the soul.

The primal unity itself is in constant motion and change, its creation is destruction; its destruction is creation. Everything is changed into its opposite and everything, therefore, is a union of opposite qualities.

Parmenides nature of Being.

Being or reality is a homogenous, continuous, indeterminate mass- which the aesthetic imagination of the philosopher’s pictures as a sphere- endowed with reason, eternal, and immutable.

According to Parmenides, the world is unity, unchangeable, and immovable. Sense perception, on the other hand, reveals to us a world of plurality and change; this is the world of appearance and opinion.

Atomists nature of Being.

The atoms and the empty space in which they move are the sole realities for the atomists: everything is void. Being or the full, and non-being, or the void, are equally real, that is real is not one continuous, undivided, immovable being, as the Eleatics held, but the plurality, an infinite number of beings separated from one another by empty space. All bodies are combinations of atoms and spaces; origin means union: destruction; separation.

Though there are some unanswered questions on the origin of being. But, the nature of being is somewhat made clear by the theory of philosophers of the various time. By knowing the nature of being, we can conclude the purpose of our existenc, space and many other forces responsible for the universe operation or function.

It is difficult to define the actual nature of our being. But, throughout humanity, people are trying to find out the complete meaning of the existence of being.

Hope you liked all the important definitions of ‘Being’ in one frame. I would love to hear your views on these concepts.

Thanks for sparing time and reading this blog. 🙂