Cinema is vast. It is impossible to learn every aspect of it from a book, article or a blog. It is only through experiences that we can know the depth of the cinema. In this blog, experiences(film making & directions) of Satyajit Ray has been selected from his book ‘Deep Focus” published by Harper Collins.

Satyajit Ray(1921-92) was one of the greatest film-makers of his time. His first film Pather Panchali(1955) won an award at the Cannes film festival and established his reputation as a major director. He is the only Indian to receive Oscar for Lifetime Achievement.

Area of focus would be ‘The Film Maker’s craft”. In the words of Satyajit Ray, ‘A film must achieve its objective.’ Further essential tools of film-making are collected in fragments here:

“What we really need is the true film artist; that dominating individual who is not only a master of his craft but who is also aware of its social implication, of his responsibility as a possible influence on a very large and often a very naive mass of impressionable, film hungry individuals, who is also able to inspire and channel a diversity of the talents into the best interests of work that must, in the end, bear the impression of his own dominating personality.”– Satyajit Ray

This was the short guideline for the art of film-making. Efforts were made to stick to the author ‘Satyajit Ray’ viewpoint. Many more points could be added to this blog from the original book. But, due to lack of time I have kept it short for the readers. Thanks for reading! 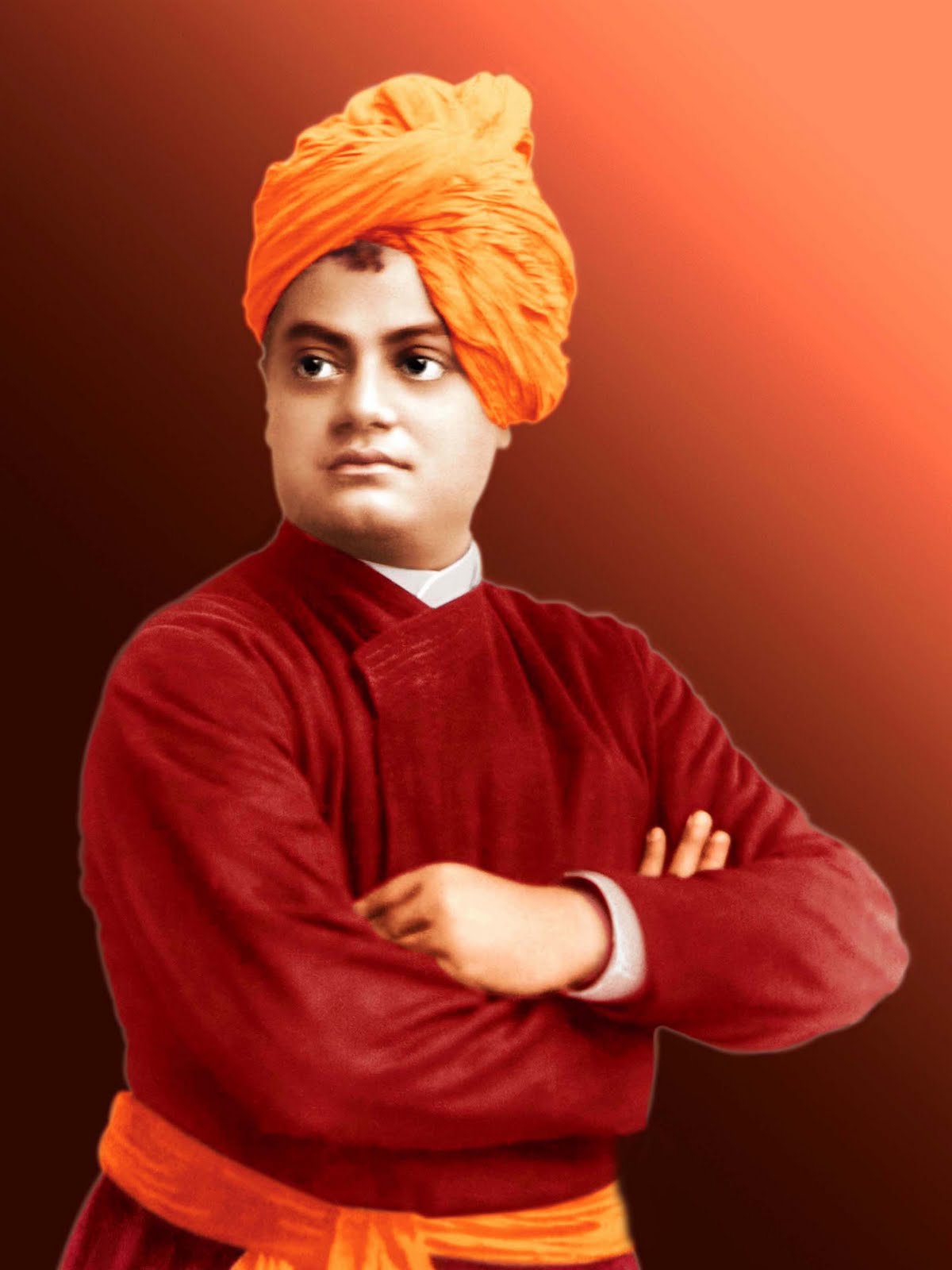 Swami Vivekananda (1863-1902) was a 19th-century Contemporary Indian monk, Nationalist as well as a Philosopher. He was the closest disciple of Mystic saint Ramakrishna Paramhamsa. On his guidance, Vivekananda founded the Ramakrishna Math. Vivekananda Chicago conference on World Religions has awakened the world and gave a new direction to the Meaning of Life.
Epistemology
Everything in the world should have some reason, even Religion.
So, Vivekananda approach to life is Rationalistic. It could be made clearer by the following phrase:
“For it is better that mankind should turn atheist than blindly believing in 200 billion Gods on the authority of anybody”
Metaphysics
Vivekananda believes in the Theory of the origin of the Universe as explained in the Theory of Samkhya and Vedanta Philosophy.
Religious Views
Though Religious views of Swami Vivekananda is vast and divine. We have tried to compress it to be effective for the welfare of Humanity.
According to Vivekananda, “the service to Humanity is equal to the Worship of God.”
Religion goes to the roots of the matter. If it is right, all is right. He believed that the true religious were no-where followed. If religions were followed truly, then it is the most suitable path of all miseries.
“Old religions said that he is an atheist, who doesn’t believe in God. The new religions say that he is an atheist, who doesn’t believe in himself.”
Vivekananda taught Humanity to be aware of self and be compassionate for the problems of other people.
‘Atmano Mokshartham, Jagat Hithaya Cha’ (for the salvation of the self and the welfare of Humanity).
Educational views
“Education is the manifestation of perfection already in man.” – Swami Vivekananda
Human freedom depends on the knowledge of Upanishads about the world process. The Upanishadic teachings taught us to be fearless and adopt a free state of mind. Freedom and fearlessness could develop the human spirit. Therefore, Education is a kind of ladder to spiritual development.
Views on Freedom
According to Vivekananda, “Freedom is the only condition of growth.”
As a result, the growth of an individual resists when one is not free. For example, flowing water is always fresh and aromatic, but the stagnant water stinks.
Approach of Fearlessness
“Fear is not the root of Hinduism, it is love, it is the thirst for knowledge, it is a fearless enquiry into truth.”
Hinduism tells man that he has to become immortal here and now, and he can find real and absolute happiness in this very existence. He must be fearless for all the deadly things he faces in life. When he turns fearless, the values of love, knowledge and truth blossoms.
Process of Social Evolution
According to Swami Vivekananda, the Western countries are mostly materialistic and Eastern counties are spiritualistic in their dealings towards life. Swami Vivekananda believes in rejecting materialism and developing Spirituality as the only means to discover the true self and to achieve peace of mind.
It should also be noted that a Hungry soul can have no religion. Before going towards the path of spirituality, one’s basic instinct (mostly hunger, thirst, sleep) must be satisfied.
Cultural View
No Nation can live by holding itself apart from the community of others. The one cause of downfall and degeneration of India was the building of a wall of custom. “Expansion is life, contraction is death.”
So, Humans should never show intolerance towards other thoughts, cultural views, and religious beliefs.
Vivekananda Socialist cause
‘Daridra Narayana’ and ‘Daridra Devo Bhava’
Vivekananda says that others should be conscious of their duty towards poor people and take up their cause. Mahatma Gandhi Harijan Seva was the continuation of the practice of Swami Vivekananda.
Vivekananda Sayings on Socialism
“I am a socialist not because it is a perfect system, but because I believe that half a loaf is better than no bread.”
Vivekananda believes in Socialism because its correct approach could fulfil the basic needs of people. Once the basic need is facilitated, humans could move towards spirituality, love and faith.
Bibliography
Marx and Vivekananda: A comparative study- P.Parameswaran

A reformer is always remembered for his contributions in society. Today I would be writing about a social and spiritual leader who has made a long-lasting impact on society culture and beliefs. Former name of Maharishi Dayanand Saraswati was Mulasi Dayaram or Dayashankar. At the age of 14, he observed something startling which has taken away his beliefs towards Hinduism practice of idol worshipping. At the night of Maha Shivratri, when ceremonial fasting is observed and Jaagrata(full night waking) is held, he saw a rat taking away the offerings made to Shiva idol. On this, he concluded that idols aren’t supposed to protect us on bad times as they can’t even protect their very own offerings. He decided to come out of all wrongly held beliefs in the Brahman community and search for the actual truth. For the completion of his mission for the search of truth, he set out at a very young age of 21. He travelled very farther places in the Himalayas and conducted his research on the actual truth of life. His life story is similar to Gautam Buddha who even set out at a young age to discover the truth and ultimate path of happiness. 15 years passed in significant search of Dayanand, but he didn’t find the result he was looking for. He met many religious Gurus during his quest, he was very much inspired by the teachings of Guru Vrijananda. Guru taught him the relevance of Vedas and the structures of ancient scriptures. He learnt the transmigration of the soul and the process of Karma and rebirth.

Later on his life, he tried to join some religious community like Brahmo Samaj. On being rejected for his non-acceptance of Brahmans culture and priest life, he initiated his own community called ‘Arya Samaj’. Arya Samaj was based on life history and beliefs of Aryans, the first known civilians of India. He was strongly against idol worshipping, caste system, ritualism, fatalism, infanticide, grooms marketing, and strict orthodox cultures of Brahmans. He advocated liberation of women, upliftment of depressed class, reduction of untouchability and the other lowly crimes inflicted on humans of lower castes. He also started Suddhi Movement for Hindus who were forcibly converted to Islam or Christianity. His major propaganda was to spread the values of Vedic life among each individuals.

His major contributions are ‘Satyartha Prakash’, ‘Veda Bhasya Bhumika’ and journal called ‘Arya Patrika. He has also contributed Gurukuls, Girls Gurukuls and DAV to the society.

He was also very active in social movements and is considered as a great social reformer. He was the first who gave a voice for ‘Swaraj’ in 1876 and later joined by Lala Lajpat Rai and other social reformers for India freedom struggle. His major concern was growth of democracy and National awakening. He gave his heart & soul for the upliftment of society. He was very well recognised and has numerous followers from that period to today’s time. He is also considered as the first to recognize Hindi as a National language of India. He was a true patriot and a builder of Modern India.

According to Dr. S Radhakrishnan “among the makers of modern India who played an important role in spiritual upliftment of people and kindled the fire of patriotism, among them Swami Dayanand occupied chief place.”

Guru Ghasidas was the Indian philosopher & a social reformer of the late 18th century. He was born in Chhattisgarh, Raipur at village Girod. Chhattisgarh celebrates Ghasidas Jayanti(birthday) on 18th December every-year. His philosophy is similar to Sikhism and he promotes the ‘path of Satnam’ or ‘the path of truth’.

To promote his philosophy further, he created ‘Jaistambh’ or ‘Satya ka Stambh’. It is made with a white painted log of wood and a white flag on the top. Log of wood indicates a man and the white flag indicates truth. Its complete meaning is the man who follows the path of truth. He travelled extensively throughout the regions of Chhattisgarh to promote his philosophy and reach out to people.

Guru Ghasidas childhood was miraculous. Since his childhood, he had a long-lasting effect on the people. He saw the prevalent caste system in India and tried to eradicate the casteism. He tried incessantly to remove the principles of idolism and excess worshipping.  He believed that one who follows the path of truth is above all. The blind faith could destroy the person’s innate qualities of decision making. Due to the caste system, an illogical system of inequality was common. People were blinded by caste and the higher caste took the opportunities to misguide and spoil the lower one. Ghasidas tried his best to remove the irrelevant systems of inequality, ill-treatment, addiction, injustice, untouchability and illogical faith & beliefs.

When most of Indians during that time were living their life in unnecessary fear, bondage, sufferings, and fate-predetermination. It was Guru ghasidas who as a lightman showed the people path of knowledge, non-violence and truth. He was a social reformer and a revolutioner. His philosophy has guided people towards spirituality and truth.

Today People are free in thought, beliefs and attitude because figure like Guru Ghasidas enlighten and escalated them towards truth, positivity and humanity.