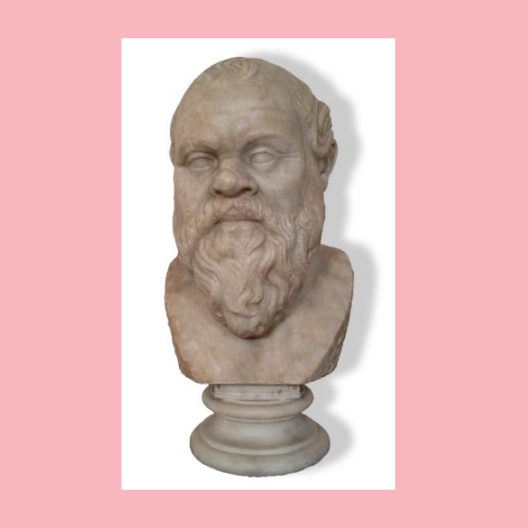 I was amazed to read Socrates’ philosophy, but I was horrified when I read of his appearance. He had been known to be ugly and comic. Very few can imagine the real looks of him. This ugly man holding wisdom and friendly spirit would come across people, confounding them with his theory of intrigue. Isn’t it interesting?

Well, those people who would listen to this ugly looking man and thank him for his understanding of inquiry, always surprise me. I was always curious to know was he really ugly or the men who plotted against him were describing him ugly.

I’ll bring you two trustworthy comparison here that describes his looks and I will leave you to wonder about his features once again. I start from the one that I liked the most.

“A bald head, a great round face, deep set staring eyes, a broad and flower nose that gave vivid testimony to many a symposium -it was rather the head of a porter than that of the most famous philosophers. But if we look again we see, through the crudity of the stone, something of that human loneliness and unassuming simplicity which made this homely thinker a teacher beloved of the finest youths in Athens” –The story of Philosophy by Will Durant, Publisher- pocket books, ed. Sept 2006, Page 6

And here goes other one…

“In a culture that worshipped male beauty, Socrates had the misfortune of being born incredibly ugly. Many of our ancient sources testify to his rather unpleasant physical appearance and Plato makes reference to it more than once (Theaetetus 143e, Symposium, 215a-c; also Xenophon Symposium 4.19, 5.5-7 and Aristophanes Clouds 362). Socrates was exophthalmic, meaning his eyes popped out of his head and were not straight, but focused sideways. He had a snub nose, which made him look like a pig, and he was portrayed with a potbelly by several accounts. Socrates did nothing to improve his unusual look, always wearing the same cloak and sandals both day and evening. Plato’s Symposium (174a) offers us one of the few accounts of his caring for his appearance.” –Internet Encyclopedia of Philosophy IEP https://iep.utm.edu/socrates/

I hope you enjoyed this comparison. Let me know which one you liked the most. Thanks for reading.